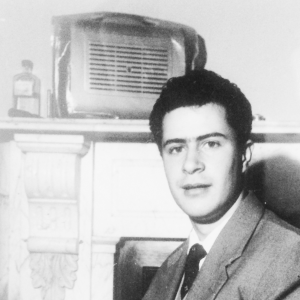 Holding onto my father’s precious memories

I once took stories of my dad’s childhood in Malta for granted. Now all I want to do is catch them, hold onto them, before they disappear, forever.

“You know what happened yesterday at the bus stop?” my 75-year-old Sri Lankan mum utters in short hyperventilating gasps at me from the kitchen. Not unusual behaviour for my anxiety-ridden mother. “Show her the licence. Go on. SHOW her!” Mum barks at my 79-year-old Maltese father like he’s a naughty child. Dad obeys, his thick untidy eyebrows knitted in confusion as he fishes around in the back pocket of his jeans for his wallet. Mum scowls at his slowness, the deep lines on her face reflecting their tumultuous 50-year marriage of cultural and personality differences. Up until dad’s diagnosis for Alzheimer’s three years ago, mum seemed to hold the miracle of youth, her face barely touched by ageing. Now, the dark pits under her tired eyes reflect the struggle of living with my father’s daily denial of his illness.

She huffs again. “He had a fight with me at the bus stop because he wanted to drive the car. I don’t know how many times I have to tell him, he’s not allowed to drive more than two kilometres from home.”

Dad opens his thick wallet and picks through the leather slots filled with debit cards, expired cards, used lotto tickets and receipts. It has gotten worse over the years. He won’t throw anything out, which is why the carcasses of dead fridges and broken vacuum cleaners remain piled up in the garage. Dad once threatened mum if she dared to get rid of his hoard. Even broken objects hold a sacred place in his fading memories.

“What am I looking for again?” Dad asks, staring at his open wallet. A cloud flickers across his face.

Impatient, Mum tries to grab his wallet but he holds on in a tug of war not unlike their relationship. Back and forth until someone backs down. Mum manages to snatch the licence and hands it to me. The strains of being a primary carer show in her worn, ill-fitting clothes: a ratty beanie, too large for her small head, almost swallows her face and her grimy pants hang from her hips, the result of drastic weight loss from ongoing stomach ailments, or whatever her illness of the week is.

“But why do you want him to show me his licence, Mum? I shout at her, confused. I’ve been at my parent’s place for ten minutes and I’ve already settled into our usual pattern of shouting and hand waving, our primary communication tool in our multi-cultural family. We are not a huggy, touchy-feely family. We shout. Boy, do we shout. Saying ‘I love you’ within their orange brick walls would be unthinkable.

The dementia website recommends: don’t argue, don’t order the person around, don’t tell them what to do, don’t be condescending, don’t ask a lot of direct questions, and don’t talk about them as if they are not in the room. Shit. We are no poster family for coping with dementia. We have a long way to go. But how do you change ingrained habits learnt since you were born?

Over 413,000 people in Australia live with one or several of more than150 types of dementia. Sometimes it feels like 413,000 of them are shouting under my parent’s roof. There’s more awareness about the illness, more than at any other time in history. But it doesn’t stop the feeling of helplessness, even after knowing the diagnosis. Worse is when sufferers remain in denial with no insight into their illness, creating a miserable environment for their loved ones.

It is still early days and there’s no telling when the light goes on or off for Dad. In those light moments, he daggy dances around the house, cracking jokes: a mellowed version of the tyrant father I grew up with. He has more strength in his 79-year old arm than in my entire body. But the darkness hovers, and moments later he stands rooted to the same spot, lost in the holes of his failing memory.

Dad takes prescribed drugs for depression, which calms his aggression, a side effect of dementia. The downside is that it brings on nightmares. Mum, a light sleeper, moved into my childhood bedroom; she hears him swearing and thrashing about in his sleep. One night, he struck the corner of the bedside table leaving him with a black eye that would put a boxer to shame.

It dawns on me that Mum, waving around Dad’s driver’s licence with its VicRoads restriction engraved on the back, is trying to convince him of his illness. That somehow, pointing out the rule limiting him to a tiny two-kilometre radius from home, he will suddenly ‘get it’. But he stands defiant.

“The doctor must have mixed me up with another John Vella,” Dad protests. He mutters this every time Mum and I bombard him with evidence of his forgetful ways. How can I help him if denies being ill?

I take a long deep breath, knowing that in several minutes he will have forgotten this intervention, even if it is successful, and I change the subject to the familiar stories of Dad’s childhood growing up in Malta. His face lightens. These are stories that I once took for granted – now all I want to do is catch them, hold onto them, before they disappear. Forever.